How to use studies to improve you projects — Frank derFrankie Neulichedl

In the last lesson I pointed to the positive effects that studies can have in improving your projects. In this lesson I will show you where to find studies, how to make project and art director relevant conclusions and how to use them in your creative process. I have also included a nice example-tutorial to make it less "dry".

Where you find the studies

You find studies everywhere - really. It’s a common trend these days. There is a study now for everything, and a couple of years or months later another one states the exact opposite ;-). Concentrate on the ones from serious independent institutes and don't use them by the letter. Get the big picture; see what’s going on and what it means to you. Other good resources are scientific publications and blogs/podcasts. They are also really good sources for inspiration on new materials to work with.

Take out a maximum of 2 key points

Some studies are tedious to read and difficult to pin down what they really mean. Try to find the original source of the study and don't rely too much on news article about them. They sometimes drive the conclusion the way they wanted. If the key points taken out of the news article are close to the original go with them, otherwise read press release of the study (if the study comes from an big institution, they mostly make press releases of them). Try to find out 2 key points of the study and write them down.

Now think about what this means for your project. Does it enforce the goal of your project or does the study show you factors that work against your project. Both things are good, you just have to know about them. If the study empowers the project, than you can use it to give strength in your efforts and go along safely. If it is against the project use the information to "work around". Rethink the goals or the strategy you wanted to apply. If you find something relevant you have to inform your client. But you should already have a solution to the problem ready when you do so. This is called proactive - you found something interesting to you client and provide also a solution - very powerful.

Now it’s the turn of the graphic aspect to the whole process. You know have the knowledge about the study and the key points. You made your conclusion on what this means. Now you want to use it in your presentation to give strength to your project. What you don't want is to lose 30 minutes in explaining the study to your client. So you have to visualize it. You can do this with a picture, a drawing or something else - it’s a side project. Don't invest too much time - you just have to make the point. Add the reference to the study in the documentation you give to your client and it to the visualization (complete original name of the study and the institute).

Use the visualization to get an idea

Now you have the visualization of the study for your client - but this visualization may help you in finding the creative idea you need for your graphic design, advertising or product design project. It’s a paradigm shift. Don't just use the findings from the study to show you the limits where you can go, but use it as a starting point. It sound a little odd, but it is actually a great time saver and I will go more into detail about this in one of the next lessons.

And now an example

I will explain the whole concept of using studies as an art director (or as an aspiring art director).

Project: You have to make a billboard campaign about a cleaning agent - the claim is that it removes any stains.

You may think, that there is not much creative potential in this job, but consider this. Billboards are outdoors and are exposed not just to the weather. Sometime ago I stumbled on an interesting study. Let's get through the process:

Turning the bad into cool 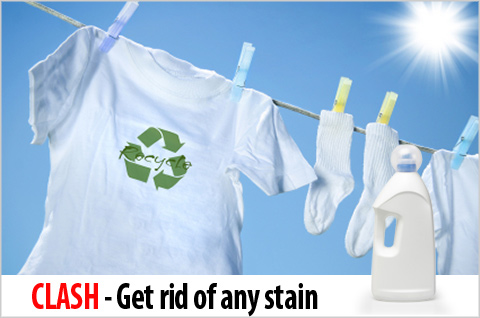 This will generate a buzz and attention to it - people may have seen the shirt "dirty" and the next day is clean again. Why is that - oh yeah - the cleaning agent takes care of it. 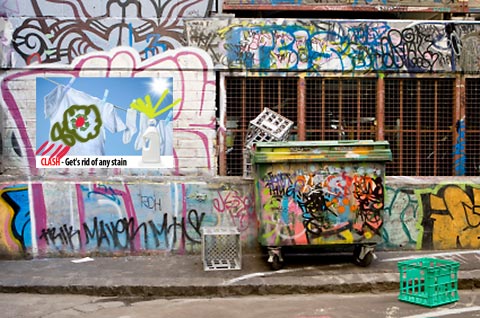 Can you see the loopback - you have a straight campaign and you turn it into something really new and cool by using knowledge about human behavior taken from a study.

Now it's your turn. Build a database of studies that you find intresting, get the feel of what a study can mean to your work and use it when you need it. Good studying.